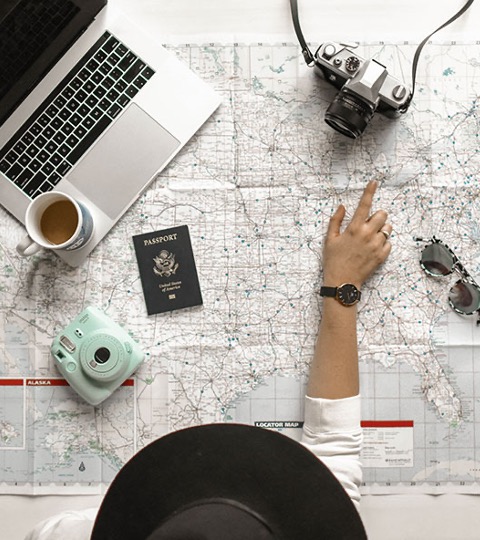 GOD’s best creation is a woman, a powerhouse of magnanimity and tolerance, an incarnation of love and warmth, an essence of integrity and empathy, a giver and a provider—all wrapped in one. She’s a daughter, friend, beloved, sister, wife and a mother who manages to balance her life in all roles. Her charismatic personality allows her to build self-confidence and continuously move forward in her journey.

A woman is the full circle. Within her is the power to create, nurture and transform. I begin with a story of a young girl, who dreamed a million dreams and followed a path not as yet broken. She created her own path, overcame obstacles and found a way for her dreams to be realized into reality. As a caterpillar dreams of becoming a butterfly, she dreamt of breaking out of the chrysalis she was in and growing up to become a leader, an innovator and an independent woman. Since childhood, she was clear that the path of success means no shortcuts in life and was thus ready to explore life with her own experiences. She began her journey with our her own fancies and whims. As she entered school life, she was well-liked by her teachers and peers. She was good in studies and was always eager to learn new things. Few of her teachers were role model to her and thus following them to achieve goals was never a tough task for her. She was always hungry to learn unique things and this hunger has helped her a lot to achieve success later in her life. School life was fun and parallelly she was able to create a pool of great friends who can stand by her in thick n thins.

Slowly and gradually, this young girl turned into a beautiful teen with million dreams in her eyes.I started by getting a Masters in Computer Application and graduated to teaching in an institute. I had been a responsible student, but becoming a teacher turned me into an innovative and out of the box thinker. I spent hours of diligent study to make computer applications easy and interesting for my students. I was feeling satisfied when life took an about turn and my family responsibilities grew. I was a new mother and struggling with my role along with my professional dreams, but I never gave up and managed to combine the two. Along the way, I began ventures such as e-learning kindergarten centre, e-learning institute and collaborations with schools for computer education. However, my son’s interest in robotics proved to be a turning point in my life. I saw that he required guidance and coaching in the field and there was nothing worthwhile available.

In the year 2016, while the world was witnessing the Brazil Olympics and the beginning of the Trump Presidency, a small startup in Ludhiana, Punjab was dreaming of bringing robotics education to the doorstep of the region. I bootstrapped our ed-startup and launched WHIZROBO, a venture to bring STEM education, robotics and artificial intelligence to the region. However, the process wasn’t quite as easy as it sounds on paper. I opened a robotics institute WHIZROBO and entered a new world. I travelled across the world with my teams and won accolades and awards alike. Everything appeared to be progressing fine, but I was beset with doubts. My non-engineer status made me feel doubtful. My peers from around the world looked askance at a non-engineer with a robotics institute! I persevered and invested in my brand. Now, my venture is partnered with global firms and I have invested heavily in innovation and R&D. My son has been registered in India Book of Records thrice! My students are winning prizes in the global arena and I am envisaging a successful brand build up.

I faced conflicts from both external factors and within. The only things that have been consistent are my drive for success and my family’s support and belief in my dreams. Most notable of whom has been my husband. My dreams would never have taken the wings to fly without his backing.

I am not done scripting my success yet and have a long way to go. But, when I look back and think of the paths I traversed to reach this point, I feel both humble and proud at the same time. What I have done might have begun as a form of self-fulfillment, but it has now metamorphosed into a dream so big that I see my venture’s role as a game changer.

Already, the pandemic has proved to us how important technology is in its every little form. The students whose lives WHIZROBO has touched and is going to touch will be the key players in the future because the focus of this endeavor is on making next gen future ready by inculcating in them creativity and innovation in technology.

HAS OUR DEPENDENCE ON TECHNOLOGY ENSLAVED US OR DO WE CONTROL OUR TECHNOLOGY?